Are Driver Assistance Cars Safe On The Road?

More than a hundred million lines of code make possible the numerous functions of today’s automobiles, including cruise control, speed assistance, and parking cameras. Even the complexity of the code used by these embedded devices increases over time.

As futuristic automobiles grow increasingly networked, we should expect this pattern to persist. The reliance on electronic components in cars is growing, and with time they’ll acquire more and more independence until they’re able to drive alone.

This is why it’s crucial to determine whether or not driver-assistance vehicles pose any safety risks on roads.

An Overview Of Drivers Assistance Cars

Experts believe that Driver-assistance vehicles can be safer than human drivers on roads. After all, humans cause millions of accidents annually while behind the wheel. More than seven million incidents involving cars driven by humans occurred in 2016; fatalities in the accidents were less than 1%.

However, driver-assistance vehicles have yet to undergo widespread deployment. Before they can be considered the norm, they have a long way to go. Years ago, a self-driving test car for Uber collided fatally with a motorcycle in Arizona.

Unfortunately, the autonomous vehicle did not recognize the bicyclist as a human being until it was too late to avoid hitting him. Nevertheless, ADS technology is still more integrated into human-operated cars for better safety.

In addition, As stated by the National Highway Traffic Safety Administration, over 94% of fatal automobile accidents are caused by human error, highlighting the need for advanced driver assistance systems.

The good news is that even the most basic forms of sophisticated driver aid technology, such as anti-lock braking systems (ABS), may significantly improve vehicle safety.

Why Do Auto Manufacturers Encourage Them?

The automotive industry has been seeking driver-assistance technologies for reasons that aren’t entirely obvious. Skeptics argue that there is no valid rationale for it, while proponents in the car industry and among American politicians emphasize the need to ensure public safety.

Keep in mind, however, that economic growth is also a significant factor; people want these systems, and they make purchasing choices depending on whether or not they are readily available.

Many experts believe that eventually, we will implement a system in which all automobiles are automated. Most of the estimated 6 million annual automobile accidents in the United States are thought to be the consequence of carelessness on the part of drivers.

First, we can’t say for sure that an utterly autonomous fleet of cars would be risk-free. It’s safer if robots do the work instead of humans. Will they be able to see what human drivers can? Will they make split-second judgments like human drivers, such as slowing down when they see an animal coming from the bushes? And what about flaws in the technological implementation?

Tesla has been negatively impacted, which may not be just because their vehicles can be more prevalent and their reporting answers more diligent.

However, the National Highway Traffic Safety Administration has already begun looking into Tesla because of a series of incidents in which Teslas with Autopilot collided with different vehicles. There were 17 injured and one dead as a direct consequence of these crashes.

Meanwhile, other research has revealed worrying holes in Teslas, such as the possibility of lane changes occurring without a human driver present if the user opts to use the Autopilot system’s lane change function.

Is Driver Assistance for You? 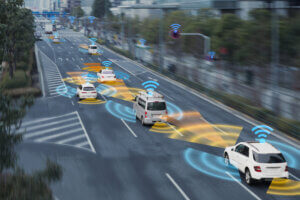