Do I need a lawyer for food poisoning?

Food poisoning occurs when food is contaminated by bacteria and other harmful microorganisms, which causes illnesses such as diarrhea, vomiting, and other symptoms. However, food poisoning is a common occurrence, and most time, you may not need to call a lawyer for a consultation. Where the food poisoning is caused by the negligence of a food processor, restaurant, or even a grocery store, you may be able to claim damages against the negligent party.

What is the risk associated with food poisoning?

Other illnesses include hepatitis A, vomiting, bleeding, stooling, and even death. It is essential to visit your doctor as soon as you begin to exhibit any of the symptoms of food poisoning. Also, food poisoning may be caused by pests and insects, such as rats, mice, or bugs, which have contacted the food and contaminated it. Where such contamination has occurred in a food processor company, grocery, or restaurant, they can be held liable for the loss.

When do I call my lawyer?

How do we avoid food poisoning?

The US food and drug administration (FDA) issues regulations in respect of food safety. They have also released guidelines to help corporations, individuals, food processors to best handle food. These guidelines include:

Keep food stored in a spotless environment. Also, make sure that your hands and the utensils used are properly washed and cleaned.

Foods are cooked at the proper internal temperature. cooking food well could eliminate many of the bacteria and parasites contained in the food.

Foods that are not currently consumed should be stored well and well refrigerated within two hours of preparation as this reduces the risk of bacteria growing in the food.

All parties can avoid food poisoning if they adhere to the guidelines and principles provided by FDA. A person who has suffered from food poisoning may consult his lawyer if he feels the food provider has failed in his duty of care and acted negligently, which leads to poisoning. If you or your loved one is affected by food poisoning, contact Wayne Resmini for your available options with your case. 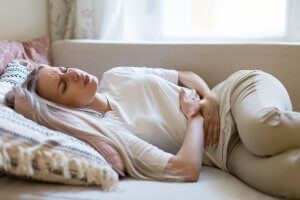